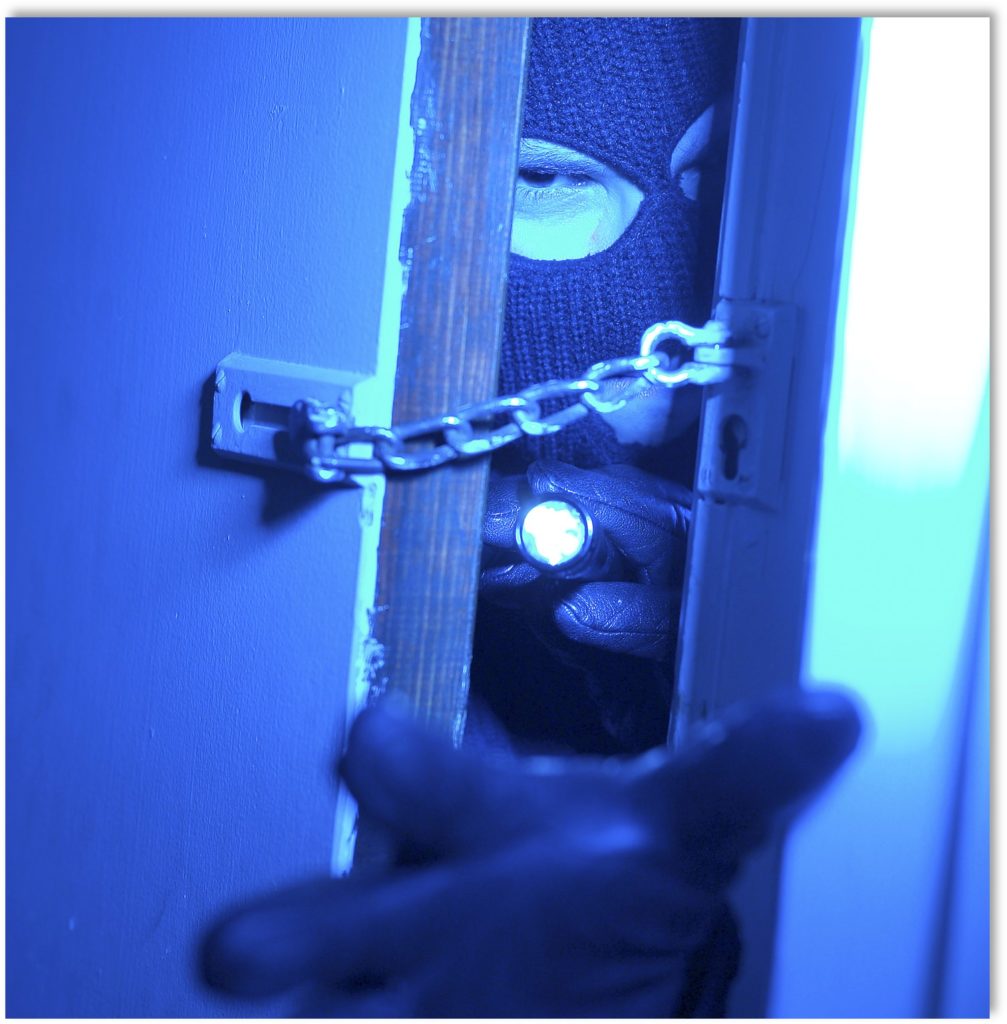 Students of self-defense can spend hours or days studying and training on methods of staying safe in public, including perfecting the skills of situational awareness and the use of a handgun in self-defense. Yet those same individuals can exhibit sloppy and unsafe behavior when it comes to securing the one place where we should feel safe.

How Are Criminals Getting in Our Houses?

According to FBI statistics, burglars enter the front door of homes 34% of the time and back or screen doors 22% of the time. The most common method of breaching the door? A good, swift kick. To test the security effectiveness of locks and doors, Consumer Reports has established a standard test, using a 100-pound battering ram capable of delivering varying degrees of force to the door. In a test conducted by the DIY Network’s show Deconstruction, a variety of door locks were tested to determine how long it would take to breach the door using the average strength of a kick. When testing a standard deadbolt and strike plate with standard-length screws, the door was breached after just two impacts of the battering ram at just 60 joules per “kick.” When tested using the same deadbolt but with a reinforced strike plate and 3-inch screws, the door was breached after 13 impacts at an average of 160 joules each, which equates to more than 17 times the force required to breach the standard door and lock.

Those same statistics show that first-floor windows are the next favored entry point at about 23%. In another Deconstruction test, five different types of windows with varying security mechanisms were tested to determine how well they’d withstand a determined home invader or burglar. The testers discovered that a standard-hung window with a single lock (about $90) could be breached in less than a minute by breaking the lock or in seconds by breaking the glass. Same for a basic casement window (about $75). By adding a bar stop ($20) and a plastic window treatment ($6.50 per square foot) to the standard-hung window or reinforced hinges to the casement window, the time to breach the window was increased dramatically. For real security, consider upgrading to high-security casement windows with reinforced hinges and metal locks, which also come with a protective laminate that’s baked directly into the glass. Even after repeated strikes with a crowbar, the window failed to break during the Deconstruction test. The cost? About $375 per window. The peace of mind? Priceless