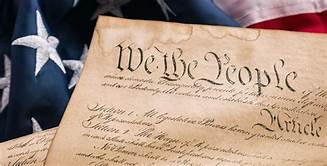 What does it mean to be responsibly armed? Being a gun owner automatically brings a whole new level of responsibility to your life. And you should take that seriously! You should also take it to heart that you can make a big difference and make a positive impact on countless other people by choosing the higher road and by always being responsibly armed.

While there are many things you should – or should not – do to be responsibly armed, here are a few action items to keep in mind.

A responsibly armed individual follows the rules at all times. There are no exceptions. There are no excuses. And there are no short cuts. They never put themselves or others in danger. They never joke around with guns or take safety lightly. They respect firearms, and they respect those who carry (as well as those who do not). The responsibly armed person is a role model, and they lead by example, whether at the range in front of their friends or at home. Safety is always a priority.

Seek Out New Knowledge And Information

An individual who is responsible with a firearm never stops learning (after all, this whole experience, as they say, is a journey, not a destination). They are not a know-it-all, patronizing those who are beneath their level of gun-and -gear knowledge. They are simply a perpetual learner. They see their limitations and seek out solutions. And they embrace consistent, regular training – whatever fits into their schedule – to keep sharpening their gun – handling and self – defense skills both physically and mentally.

A responsibly armed citizen definitely wants to carry everywhere it’s safe and legal. They do not want to break any laws and they certainly do not want to stir up trouble. Even if the rules or requirements seem limiting or unjust, they will follow through on certifications, permits or even registrations, but they will also make decisions based on what’s best for themselves and their family. Part of being responsibly armed means being in control of your actions – and being held accountable. The responsibly armed person knows they cannot do anything stupid. And they certainly cannot do anything stupid with a gun.

Watch Your Words and Your Actions

People are watching you…probably more than you think. And when you take a strong stand for something that many others are boldly against, people will try to catch you being rude, losing your temper or making a mistake. Being responsibly armed means being firm and assertive – but not insolent and aggressive. It’s important to stand firm in your beliefs and stand up for your rights, but it’s also important to treat others courteously and respectfully, even if they have differing opinions from yours. That’s part of life! After all, you probably won’t win anyone over to the pistol-packing side by yelling, pointing fingers or slinging insults.

A responsibly armed American has often been compared to a sheepdog. We’re not sheep, being passively or mindlessly led wherever someone takes us. We’re not wolves, either using cunning or divisive methods to deceive or attack others. We’re sheepdogs, being attentive and helpful and always on guard. But this mindset is a choice, a matter of mental and physical training. So use all the tools you have and all the things you’ve learned and apply them to your life. Being responsible with a firearm doesn’t mean you need to be the hero, but you should be willing to face danger and stand up to corruptions to help others and to help preserve the fabric of our communities.

You don’t have to sport an AR-15 T-shirt or participate in IDPA pistol matches (unless you want to, of course), but you can – and should – let your voice be heard whenever and wherever you can. You can also continue to vote for Second Amendment supporters and pass the word about safe gun ownership and the right to bear arms to others in your family, your workplace and your community.